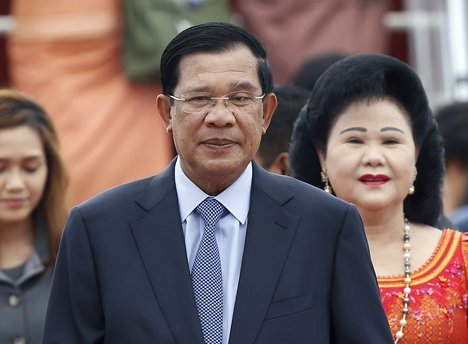 PHNOM PENH (Reuters) - The U.S. Treasury has imposed sanctions on a businessman and a senior government official with close links to Cambodian Prime Minister Hun Sen, accusing them of corruption. The measures come as western countries step up pressure on Hun Sen over a crackdown on the opposition and after the United

"Kim used RCAF soldiers to intimidate, demolish, and clear-out land sought by the (People's Republic of China)-owned entity. Kun Kim was replaced as RCAF Chief of Staff because Kim had not shared profits from his unlawful businesses with senior Cambodian government officials,"

Mideast in shambles, but the world has moved on for now

Something Enormous Just Slammed Into Jupiter

Macron to Biden: Stop ignoring us and our role in global security

Dr Guido Homann: Coronavirus, an introduction to a 'Worldwide Dictatorship'