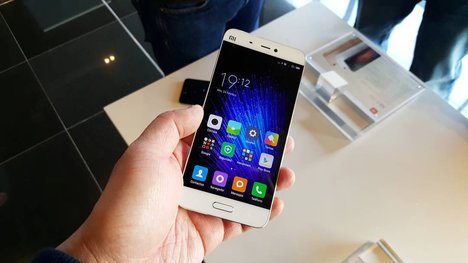 Beijing, May 3 (IANS) Chinese smartphone maker Xiaomi has officially filed for an initial public offering (IPO) in Hong Kong that aims to raise $10 billion in a sale that may value the company at $100 billion.

According to a report in South China Morning Post on Thursday, the move "would catapult Xiaomi past Baidu and

"would catapult Xiaomi past Baidu and JD.com to become the third-biggest Chinese technology company by value, after Tencent Holdings and Alibaba Group"

If Israel Did Not Cause Beirut's Explosion, They Sure Had A Plan To Exploit It

What we know -- and don't know -- about Russia's 'Sputnik V' vaccine

China’s days as world’s factory are over, iPhone maker claims

Lebanon’s Leaders Warned in July About Explosives at Port

France’s strategy for the Middle East lacks direction and clarity

The Surface Duo, Microsoft’s first ever Android phone, is $1,400

The Other Way Trump Could Destroy the Next Presidency

Will There Be a Xiaomi IPO for the U.S. Market?

IPOs Spring Into Action As Xiaomi Has The Bees Buzzing

IPOs are springing into action from New York to Shanghai and Hong Kong. Xiaomi is pondering a much-anticipated public listing in both Hong Kong and New York. ......

HONG KONG: Xiaomi Corp´s shares fell as much as 6 percent in their Hong Kong debut on concerns over the Chinese smartphone maker´s valuation, in an ominous sign for its...

The expected blockbuster listing of smartphone maker Xiaomi in Hong Kong looks set to revive the city’s fortunes in the global initial public offering (IPO) market. It is...

Xiaomi files for world's biggest IPO since 2014 in Hong Kong

Xiaomi Corp made a weak debut in Hong Kong on Monday, with the Chinese smartphone maker's shares sliding as much as 6 percent on valuation concerns, in an ominous sign for...